I posted an 'info graphic' (which I did myself) on facebook the other day illustrating that an acre of land could support 20 families in vegetables but just the one cow. I was hoping for a bit of discussion which is what I got when sustainable cattle farmer Clive Bright got stuck in (as I hoped he would). The upshot was a request from us that he put his thoughts to paper, the results of which you see below.

,p. While I have courageously overcome the fact that he was right(ish) he still seems determined to drive the barb deep, note the patronising bit at the end: "even by the most well meaning but misleading bite size illustrations." Still, don't let that spoil your enjoyment of an otherwise engaging and well written article.

Sadly guys like Clive are in the minority but are part of a slow shift to a more enlightened way of farming. We put the earth under increasing stress as our expanding populations demand more (and cheaper!) food. Our current forms of unsustainable agriculture simply can't support future population projections  - it doesn't take a genius to work out that in the end something has to give.

We need to sit up and take notice of farmers like Clive, we need to stop dismissing them as curiosities and ensure that what they do becomes the norm rather than exception. Sit up, take note, these guys are the future! Take it away Clive...... 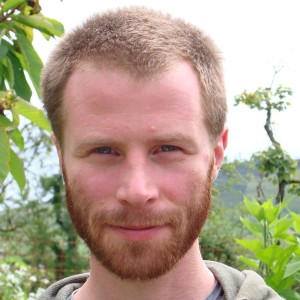 I was spurred into a debate on the Quickcrop facebook page when they posted a graphic illustrating that an acre can feed twenty average families but only one cow. I argued the case for the cow and I’m pretty sure I won hands down! After challenging me to a fist fight, Andrew came to his senses and asked me to write an article for their blog, so here goes….

I am not going to hide the fact that I am a farmer and a beef farmer at that, but in my defence I am wholly against modern agriculture and the vast damage it is doing to our health and the health of the planet. I also grow about a third of an acre of organic vegetables and I would estimate about 40% of my meals are vegetarian.

So, what is this article about? Cows and why they are so important.

Cows are getting a lot of flack because of some scientific evidence about methane emissions which I believe are very true. My point is that cows are not to blame, we are!

Cows are supposed to eat grasses and weeds and forage for leaves on trees. With this diet their in-take of natural oils and fibre balances out the proteins they consume and they produce an acceptable amount of gas. Over the last hundred years agriculture has driven us to breed cattle that are heavier, leaner and require grain to fatten them. 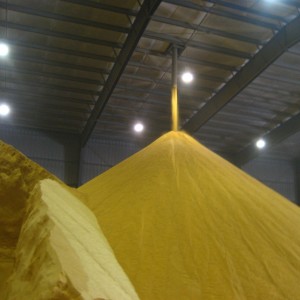 This has many damaging consequences. Firstly grain requires huge amounts of fossil fuels to produce. All modern grain crops are annuals so the fields are ploughed and tilled which releases carbon into the atmosphere, causes the leaching of minerals out of the soil in wet weather and soil erosion in dry weather. The crop is then sown and fertilised using more fossil fuels and then sprayed with herbicides and pesticides while growing. After all this the big guns come in and harvest, it’s then brought away and heavily processed and shipped all over the world. 80% of the grain used in animal feeds in Ireland comes from the US. All this happens because we are told we want a heavier leaner animal!

The fat on this grain feed beef although it is minimal is the kind of fat that sets rock hard in your roasting tin and does the same in your archeries. So not only is it bad for the environment it does your health no good either.

No wonder cows get such bad press, look at all the hassle they cause….what is the answer? Ban cows use every acre to grow food for human consumption?

Let us briefly follow this idea to its sudden dead end! So we plough the ground sow our crops, fertilise, spray…..does this sound familiar? Well of course we would do this all organically. Ok - but how do we maintain fertility in the ground? 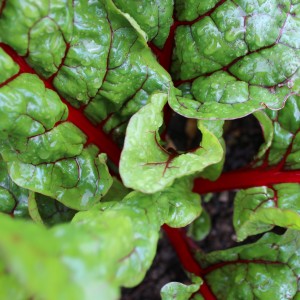 Take the average veggy patch, tended carefully and organically. Every year there is a big compost heap made. It is turned and broken down and spread back on the veggy beds but there is never enough so we grow some green manure and rotate the beds but even with all the careful efforts of a well tended patch over a number of years fertility will drop. So - bought in compost or a load of manure from a friendly local farmer is delivered and the ground is healthy and bountiful again. My point is; that even on a small scale with lots of attention it is close to impossible to grow organically over a long period on the same patch of ground without external inputs. So imagine for a minute trying to do it on a global scale, without the keen attention of a gardener.

This is where the humble cow and its fellow grazers come into play and why they are so important to the future of our survival on this planet. This may sound farfetched, but let me explain….. 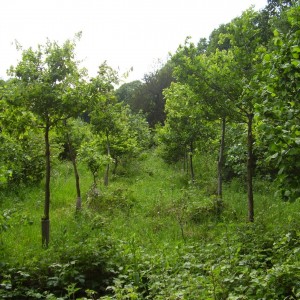 In nature there are two eco systems that are self sustaining in fertility. The first is a woodland (not a collite plantation). A woodland is a true polyculture with many layers of growth, from the canopy trees, the understory, creepers, bush, herbs and grasses, mosses, lichens, fungi, etc. All these have a symbiotic relationship with each other; they all occupy a different space above ground but also below ground with roots of different depths seeking out different nutritional requirements. They are constantly dying, rotting and re-growing building soil and fertility as they go.

We can grow food to mimic this by planting a forest garden, using fruit and nut trees in the canopy, soft fruits in the understory and perennial vegetables as the herb layer, we can even grow edible fungi. This is a great way to garden but it would be a very difficult way to feed the world without a global cultural shift toward becoming hunter-gathers.

The other eco system that is self sustaining in nature is a wild grassland plain. Apart from the odd nature reserve there are few of these left in the world. The reason for this is that they were the most fertile soils in the world and easily converted into vast monoculture fields of grain! 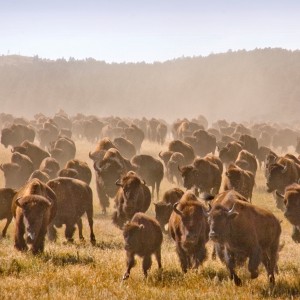 The way they work is that huge herds of grazing animals packed tightly together to protect themselves against predators graze as much of the grasses as they can. They digest it, trample the rest of the grass together with their dung into the soil and they move on in a tight herd to the next patch. The herd does not return to this patch until the grassed have fully recovered. This happens all over again in a continuous cycle.

What happens to the soil is; the roots of the tall grasses die back in proportion with the top growth adding organic matter to the soil. Then the trampled stalky grass that is not eaten is high in carbon and is mixed with the dung which is high in nitrogen this is then digested by the microbes in the soil which adds yet more organic matter and fertility.

Every time this happens the soil gets deeper, richer and more fertile. So if this system is mimicked with large herds of grazing domestic cattle kept tightly packed in small paddocks and moved regularly we suddenly have a very sustainable self improving farming system.

This sounds too good to be true, how can we make fertility for nothing? There is one other element in this process that makes all the magic happen, it is the main input in the system and the great thing about it is that it’s FREE. The sun light as in nature is the energy and the fuel of the whole process.

So what has this got to do with growing vegetables and grain for humans? Well because using grazing animals correctly builds top soil and fertility while producing milk and meat we can manage land by rotating the fertile grasslands with croplands and getting back to a sustainable system that worked for thousands of years before it was perverted by chemical fertilisers. 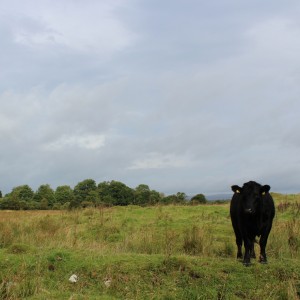 This is why cattle and other livestock are so important to the world and to farming. They are the key to harvesting sunlight and turning it into fertility for growing on a large scale.

This is knowledge that has been clouded and almost lost in the mist of chemical fertilisers and corporate agriculture.

This is why the humble and magnificent cow is misunderstood, even by the most well meaning but misleading bite size illustrations about the amount of land needed to feed a cow compare to twenty families! It doesn’t tell nearly the full story!