It can be very tempting to stay inside at this time of year, especially when you have the choice of an ear full of hailstones or sitting in a warm kitchen. I certainly wasn't feeling terribly positive on Saturday morning, as I pulled on my boots accompanied by the rattle of icy rain against the window. I was heading out to do my least favourite job, filling potholes in my lane. This chore is particularly wearing on the soul as you can be sure (after shoveling a couple of tonnes of stone) that you will have to do it all again in a month or two. 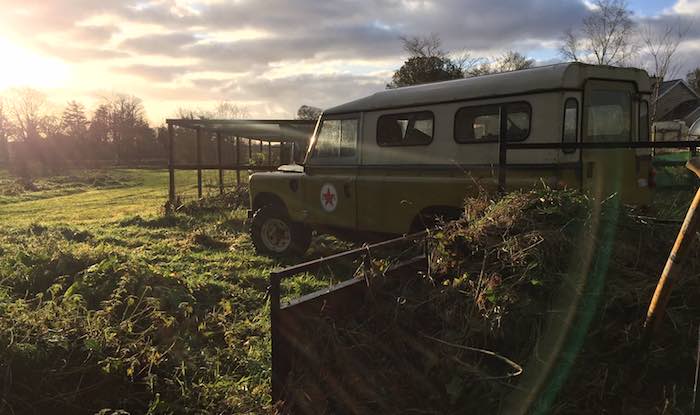 I decided to get this out of the way early because, as Mark Twain says 'If it's your job to eat a frog it's best to do it first thing in the morning'. He also added 'And if it's your job to eat two frogs, it's best to eat the biggest one first'. While the second part is not relevant to this episode you might find it helpful at some point. Anyway, the sky cleared pretty quickly to reveal some early morning Winter sun which I have captured, for your pleasure, in the photo above. As my trailer was full of weeds it needed to be cleared before collecting the gravel which brings me to my first cunning product placement - the manure fork. 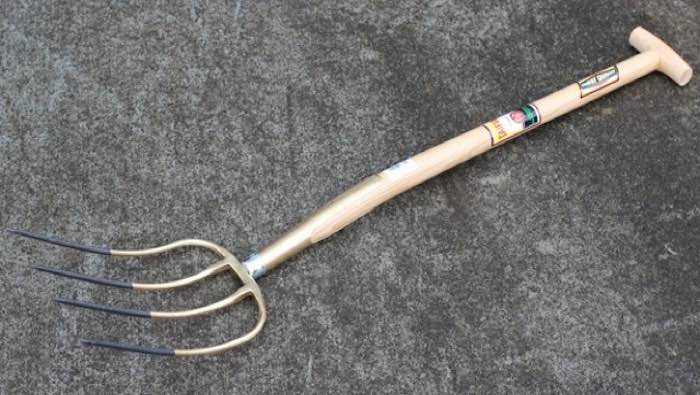 A manure fork is much better than a garden fork for moving piles of weeds because the tines are widely spaced and very sharp. The fork easily slides into the pile and allows you to lift a big ball of stuff; the fork also slides out of the clump easily allowing you to fling it wherever it needs to go. I also use mine for collecting and spreading seaweed or manure for which it is invaluable. If you'd like one you can order by clicking the blue button below. 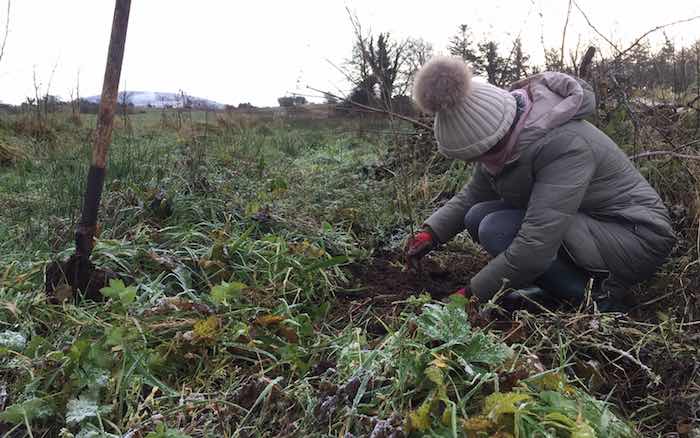 Planting more trees Filling up the potholes took me most of the day on Saturday and apart from the jeep overheating on the way back from the quarry there isn't much to relate there. Sunday morning saw myself and my daughter, Leah, out planting more trees to add to the little Alder and Birch wood we planted last Winter. I worry about her, as like many young people, she gets very anxious about climate change and the constant doomsday rhetoric on media and social media channels. Education is key to ensuring the next generation are more environmentally aware (than us) but is climate action becoming a burden teenagers are struggling to carry? 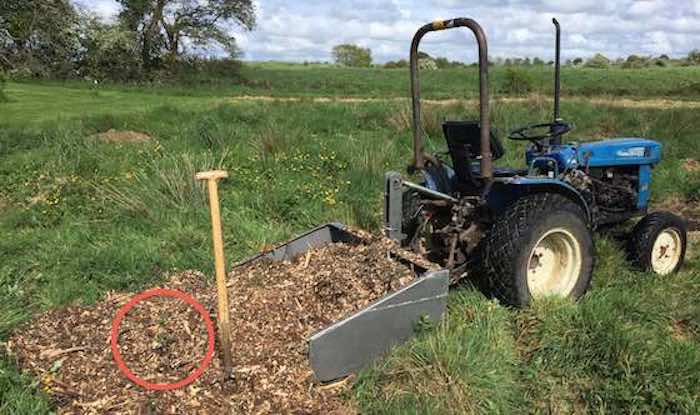 To be fair to her, Leah attends and organises climate protest marches but she will also get her hands (well, gloves) dirty and go out on a cold Sunday morning and plant some trees. I am not sure I would have done that at 15. One thing we did note was how well last Winter's Birch saplings responded to the mulch I added around them in early Summer. I had spotted some tree surgeons working locally and asked them to tip their waste mulch in the garden which I spread around the trees. You can just see the little birch whip circled in the picture above and below the same sapling photographed this morning. Mulching around trees makes a huge difference as it removes competition from weeds, increases microbial and earthworm activity and conserves moisture. If you are planting any fruit trees or fruit bushes this season add plenty of mulch, it will pay dividends. 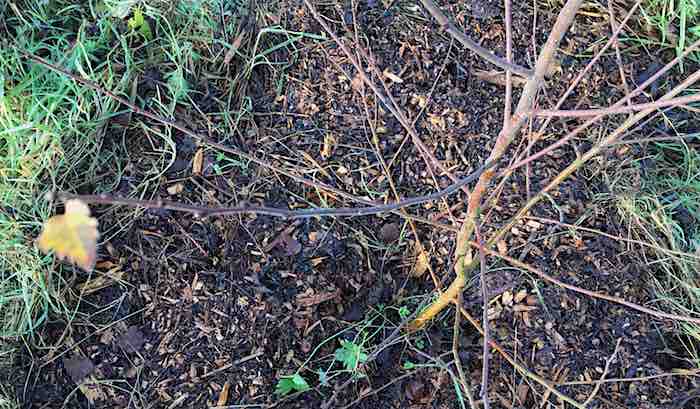 Bare Root Tree Saplings If you would like to plant some trees in your own garden you can do so relatively cheaply by using bare root tree saplings. Bare root plants are planted in Winter when the trees are dormant and, when sourced as small saplings or 'whips', they do not need to be staked so are quick and easy to plant. In general the smaller the tree is when it is planted the better tree it will produce. Buying large trees for planting schemes is really for instant effect and does not produce the best quality tree in the long run. We stock a broad selection of tree saplings which can be viewed or ordered by clicking the blue button below: