Our new Seed Potato 'Pick & Mix' tool. We had quite a large number of people last year asking could we supply potatoes in smaller quantities and being the generous types that we are we found ourselves only too happy to oblige. Enter our revolutionary 'Pick & Mix' potato picker tool. What the idea? We understand that the smallest retail bag of potatoes (2.5 kg) may be a bit large for gardeners with a small patch or for people who'd like to try a few different varieties to see how they like them. Have you ever tried varieties like Shetland Black, Pink Fir Apple or the fabulous blight resistant Sarpo Mira and Setanta? Now you can have a go at a broad range of spuds at a fraction of the cost of buying large 2.5 kg bags. Our potato picker allows you choose potatoes in packs of 3 which means you can sample our entire range of 15 fantastic varieties for only €23.55. You can choose as many varieties as you like with the clever tool adding up your total at the bottom of the screen as you shop.

What new Varieties do we have this year? We've expanded are range to 3 times last years list and have some great old faithfuls as well as some interesting 'novelty' varieties. So, here's the our selection for 2013: 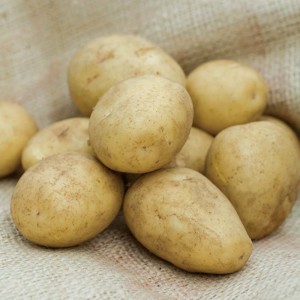 First Early - Casablanca Casablanca is a new early potato variety producing an excellent crop of smooth tubers which are perfect for boiling. Large potatoes from your harvest will also make the perfect chip! Casablanca has good resistance to common scab, blackleg and golden eelworm. This new variety is bound to become a household name and be one of the top potatoes in the kitchen. Sowing: February with mid March being recommended. 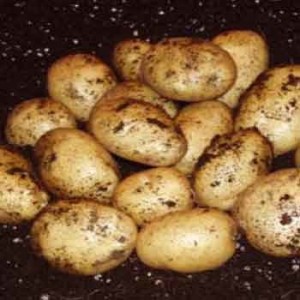 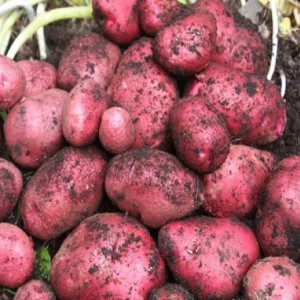 First Early - Red Duke of York Red Duke of York is a fantastic all round potato being equally good for roasting, mashing, baking or making chips. The tuber has a dark red skin with a pale yellow flesh which is more floury than waxy. Red Duke of York produces much larger potatoes than the standard yellow Duke of York variety. Sowing: Mid March. 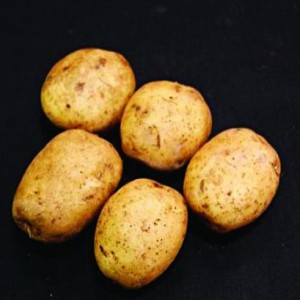 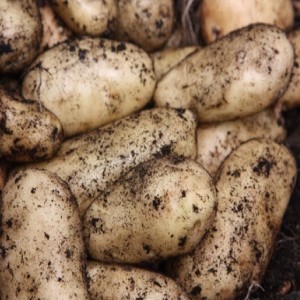 First Early - Sharpes Express Sharpes Express is a heritage potato which became popular in 1901. Long oval shaped tubers with white skins and a pale lemon coloured flesh. Sharpes Express are a high dry matter potato so more suitable for baking, roasting and chips. Steaming is better than boiling as the potato is less likely to break apart. A fine flavour suited to all round kitchen use. Sowing: Mid March. 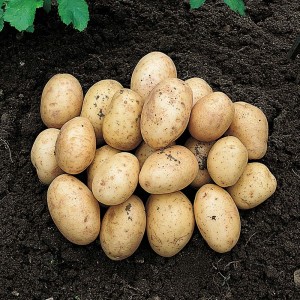 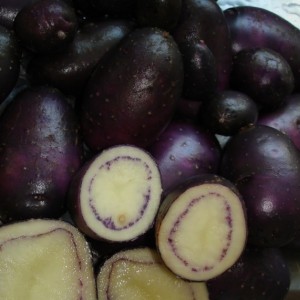 Second Early - Shetland Black Shetland Black is a fabulous looking potato with striking deep blue/black skin. The flesh is pale yellow and floury with purple markings. Shetland Blue is a good general purpose variety which is perfect for baking roasting or steaming. As with all floury potatoes boiling isn't recommended as the flesh is prone to break apart. Sowing: Mid March 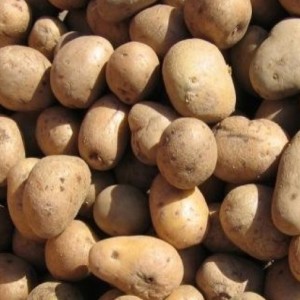 Maincrop - Golden Wonder Golden Wonder is a russet skinned maincrop potato which is dry and floury. Golden Wonder is perfect for baking, roasting or frying and is viewed by some as the very best variety. Boiling is not this potatoes forte as they tend to disintegrate if you're not careful. They are, however, absolutely delicious. They also make fantastic crisps! Excellent storing capabilities, well worth growing. Sowing: Mid to late April. 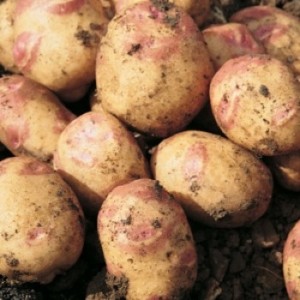 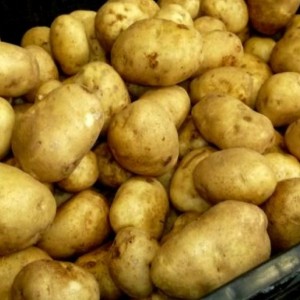 Maincrop - Nicola Nicola is a small and delicious waxy salad potato which is oval in shape and light yellow flesh. A delicious salad variety which is perfect for boiling. Sowing: Mid to late April. 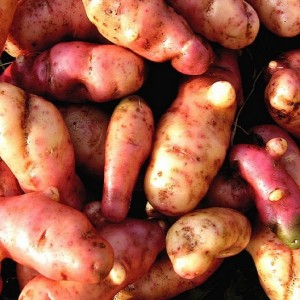 Maincrop - Pink Fir Apple Pink Fir Apple is very much in vogue these days but is actually a very old potato variety dating back to 1850. The original salad potato, this late maincrop produces long, pink knobbly tubers with a similar look to artichokes. The flesh is a creamy yellow and waxy with a very distinctive nutty taste. Pink Fir Apple is highly recommended as an excellent boiling slad potato delicious eaten either hot or cold. Sowing: April - May. 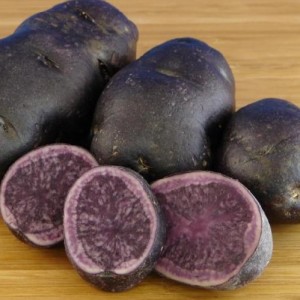 Maincrop - Salad Blue Potato Salad Blue is as the name suggests a fantastic purple/blue colour. The flesh is floury and is suitable for baking, roasting, mash or chips. We don't recommend boiling as the floury flesh will disitegrate, for mash we suggest steaming. Contains the blue pigment anthocyanin which is an antioxidant. Have fun making novelty blue mash or chips! Potato retains its colour when cooked. Sowing: Mid to late April 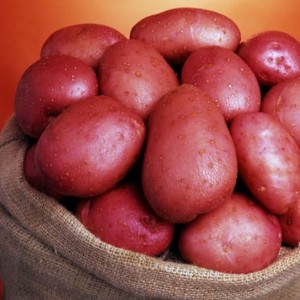 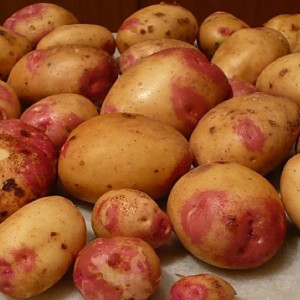 Late Maincrop - King Edward King Edward has a beautiful creamy white flesh and is a light floury potato which is particularly good for roasting. A traditional variety producing large oval tubers with characteristic red splashes of colour over the eyes.Good resistance to scab and slugs. Known as an easy one to grow. As a late maincrop King Edward is the perfect Christmas variety. Plant in late March and lift for storage in September and October. Sowing: Mid to late April. 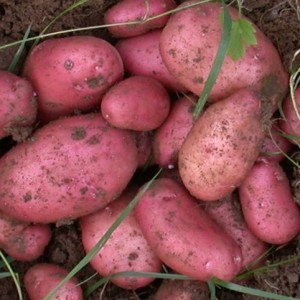