This weekend showed some real promise with blue skies and the first fleeting traces of heat from the sun. As you see from the photo (taken on Sunday morning) the wind had also dropped leaving the lake like glass and making the great outdoors an altogether more pleasant place to be. 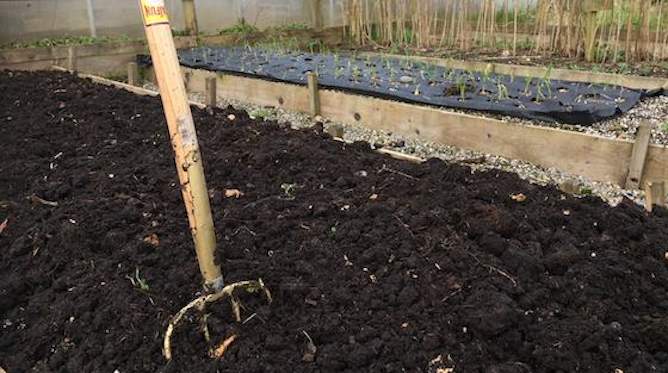 The clear weather has also allowed the garden to dry a little after the wet January so has allowed some spreading of compost and general tidying up. You can see one of my brassica beds above which I have covered with a thick layer of rich compost to cover the demands of the hungry cabbage, broccoli and kale which is going in later. The compost was made last year by layering cow manure and seaweed and has broken down to a wonderful dark soil feed that was a pleasure to spread. By the way, I was able to start working in the garden after a brief dry spell because my plot is made entirely of raised beds so drains very well. Remember walking on wet soil does a lot of damage so if you are growing on an open plot keep traffic to a minimum until the soil has had time to dry. 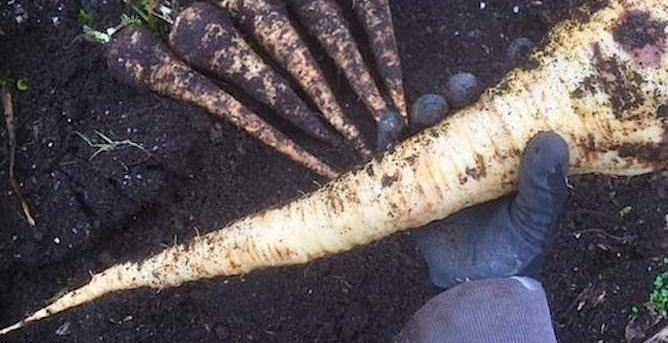 Monster Parsnips I also took advantage of the drier soil conditions to lift the last few parsnips which were just starting to sprout. OK, I don't have very big hands (and have more than three fingers) but you can see there were a few monsters down there waiting to be pulled. The secret (if there is one) to growing big, straight roots like these is deep soil with no obstructions, it has little to do with gardening skill. I built the 21 inch high bed used here to get rid of a pile of old compost and builders sand and it has turned into the most fantastic bed for root crops. It has no stones in it whatsoever, just a light and well drained compost mix perfect for carrots or parsnips. I do mix in some rockdust every year to add minerals but otherwise am pretty miserly with soil feeds. It is a pity I have to stick to crop rotation otherwise I would use it for carrots every year.

Claytonia & lambs lettuce in the polytunnel Despite telling you lot about planning ahead and getting the most from your garden I am often not very good at listening to my own advice. The follow up is often less impressive than the bold intention. One thing I usually get an 'F' for is getting the most out of my polytunnel in Winter. Most years it lies empty and miserable until it is coaxed back to life for the glory of the Summer crops. Last Autumn I made more effort than usual and put in little meadows of Winter salads to give us fresh greens until the first crops arrive in Spring. 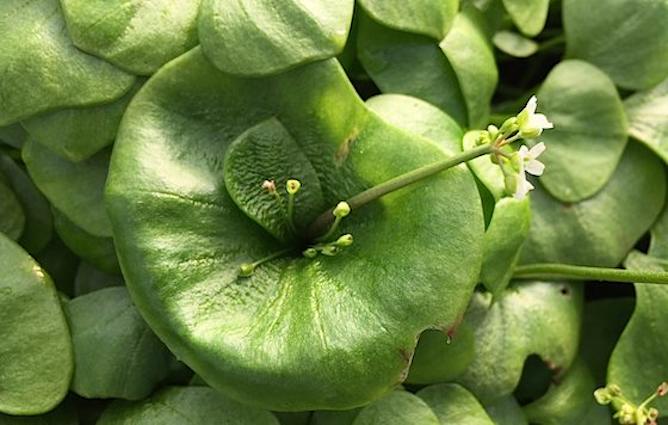 Apart from spicy Orientals like rocket, Osaka and leaf mustard the other stars of the Winter tunnel are Claytonia (also known as Miners Lettuce or Winter Purslane) and Corn Salad (also known as Lambs Lettuce or Mache). Both are cool season salad crops so are not suitable for Summer growing but as salad goes they both taste great. Claytonia (pictured above) has large cress like leaves with a tiny edible flower in the middle, they also have fresh tasting succulent stems. To be fair the ones in the picture are well into flower, you are supposed to pick them a bit earlier but I like the taste of the flower stems so happy to leave them. 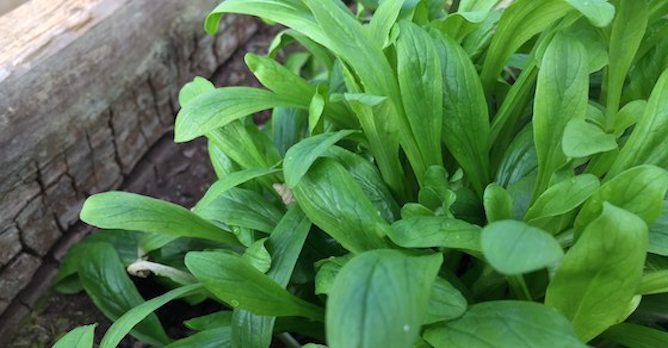 Corn Salad leaves are small (the name lamb's lettuce refers to a lambs tongue) but have great flavour a bit like a very good butterhead lettuce with (I hate having to use this word but in this case it's true) a 'nutty' finish. It has made an appearance in shops in the last few years as a gourmet salad for good reason so well worth growing your own. The good news is you can start Claytonia and Corn Salad off now and enjoy them well into April. My tip would be to sow a lot of them as they are have small leaves so you need a good few plants. Sow indoors in modules on a warm windowsill and plant out in a polytunnel or greenhouse. They are also both suitable for pots or can be planted outside under cloches or mini polytunnels if you don't have a covered growing area. Cloches and Mini Polytunnels And with that seamless transition we're into cloches and mini polytunnels! 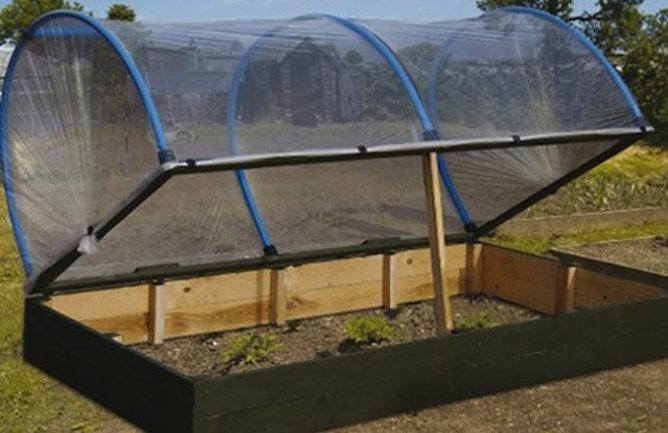 If you don't have a polytunnel or greenhouse but would like to start crops off early look no further than our mini polytunnel kits. Our mini tunnels can be made to fit any size bed (within reason) and can be attached to a raised bed or, with the addition of our ground pegs, directly to the soil. The system consists of slot fit brackets fixed to a timber frame and uses standard 25mm water pipe to make a strong and long lasting structure. Once built the tunnels can be covered with polythene, fleece or insect mesh all of which we supply. You can see me building a mini tunnel in the video below and will see how simple they are to construct. N.B. we have had to change the cover fixing system shown in the video as the company making the little pegs went wallop. We now use a galvanized screw and washer which is just as effective. All the components for the mini tunnel are available separately so as well as a kit so you can build to fit your garden. 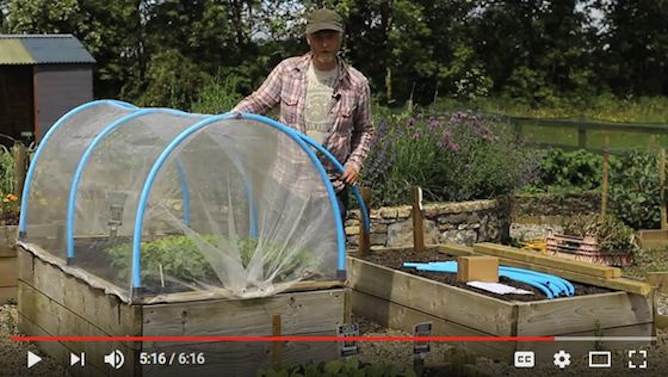 We also stock a range of cloches and tunnels from budget plastic bell cloches for single plants to larger 'Sunbubble' greenhouses. Cloches are used to warm the soil before planting and are left in place to protect young seedlings in the early stages of growth. You can also use a cloche inside a full size tunnel or greenhouse to create a double glazing effect and trap more of the early season sun's heat.