I thought it might be a good idea to follow last week's mail on sowing seeds with some notes on seed and potting compost. It might seem like a boring subject but knowing your compost will become increasingly important as we transition from peat to peat free compost. Compost clarification For the benefit of any new gardeners out there I would like to clarify the difference between seed or potting compost and the compost we produce in our gardens. This can be confusing as they both have the same name but they are very different; seed or potting compost contains a mix of materials which include a bulky base (whether peat or peat free) with fertiliser or drainage material added depending on the intended use. Garden compost is the product of rotted kitchen/garden waste, it is less refined and relatively high in nitrates (nitrogen) so not suitable for seed sowing on its own. In this article I am using the word 'compost' to describe seed or potting compost and 'garden compost' to refer to the stuff that comes out of your compost bin. 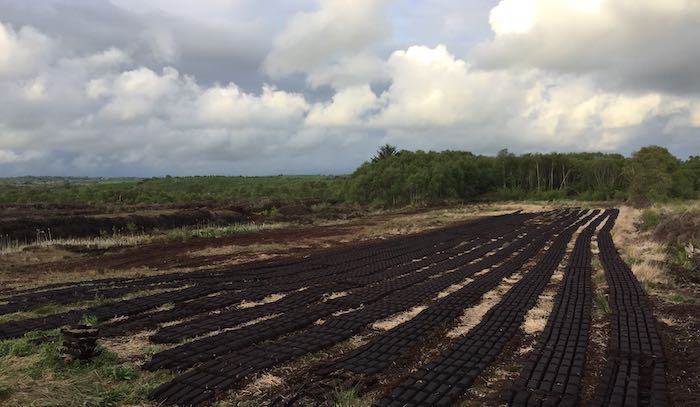 As you will know, the use of peat compost is on the decline as harvesting destroys unique and valuable peat bog habitats. There have been an increasing number of reduced peat and peat free products coming on the market which vary in quality depending on the manufacturer and raw materials. In general they have been steadily improving as demand grows. I would make the point that issues with 'peat free' are often a result of how it is used rather than the compost itself as it does not behave in the same way as peat. It is worth learning about this now as there will come a time when you have no other choice but to use it. Peat is an excellent growing medium I probably shouldn't be saying this but, as a growing medium, peat is really very good at it's job. It has a naturally fine consistency and is very good at retaining and regulating moisture and at holding nutrients. Peat is a very stable and predictable compost base; it neither takes nor provides nutrients but is an effective sponge for whatever feed you wish to add. 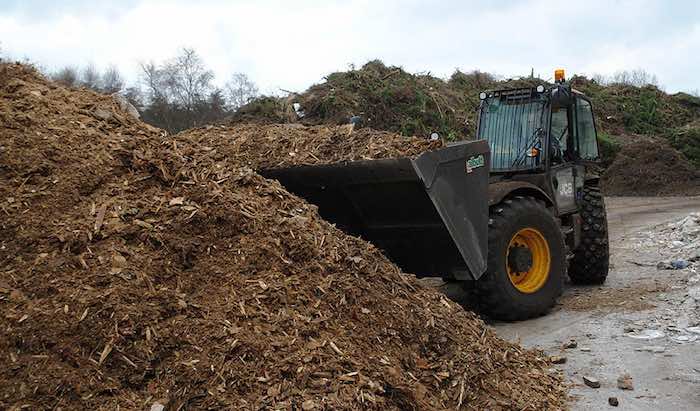 Peat free composts are not as predictable because they use a variety of materials including forestry waste (bark), timber, municipal green waste or coir (coconut fibre) as their base. All these materials have different qualities as regards nutrient and moisture retention meaning one bag of peat free may not perform in the same way as another. I would also be wary of some of the cheaper versions, especially if they contain large particles of woody material. The further decomposition of the wood can take nitrogen from the mix and result in nutrient deficiencies in your plants. Managing peat free compost It's not all doom and gloom however as peat free products continue to improve all the time. I would suggest buying a reputable brand (I like Klasmann or New Horizon) and getting used to it rather than taking pot luck with multiple products. As we've said, the key difference is moisture and nutrient retention. Neither wood or coir based composts drain as well as peat so you should water less, especially in the case of coir. Peat free doesn't hold nutrients as well as peat either so if you are applying a liquid feed every 2 weeks you are better off halving the feed concentration and applying every week instead. You will be using the same amount of plant feed in the long run but just adding a weaker concentration more often. 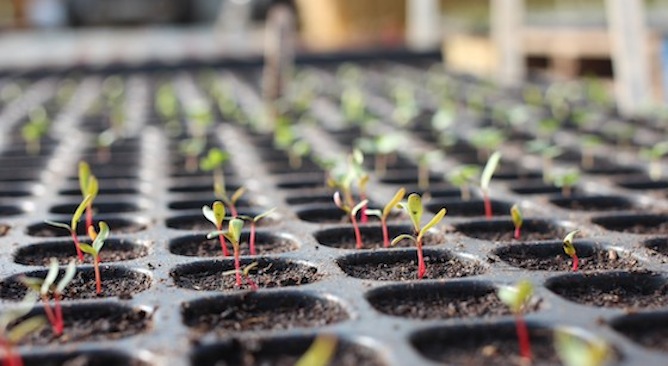 Seed V's Potting Compost In most cases any reasonable multi-purpose peat compost is fine for sowing seed but you will get a slightly better germination rate if you use a seed compost. The increased rate may not make that much difference to a home grower but if, like us, you grow large numbers of seedlings it is significant. The reason a seed compost is better is because it has a finer consistency and is lower in nutrients than multi-purpose. High nutrient levels can retard germination in some seeds and the finer consistency gets seeds established more quickly. 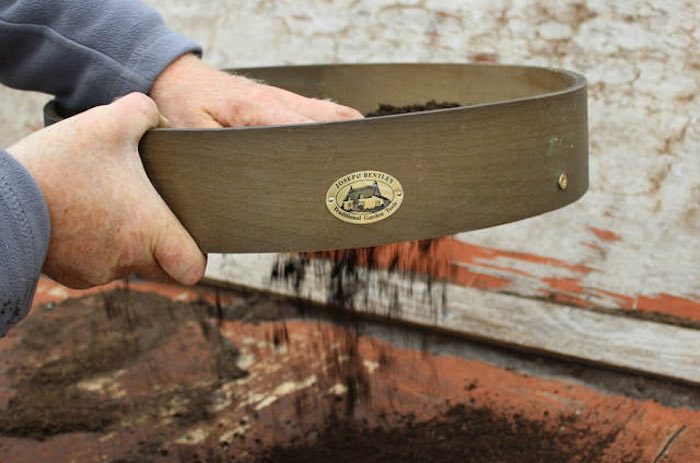 Consistency While peat compost is very good for seed sowing, I find the peat free versions can be a little coarse. The exception here is professional 'Klasmann' which is a fantastic (and, let's be honest, expensive) compost, but I would run any of the less refined alternatives through a sieve to remove the larger particles. You don't need to kill yourself processing the whole bag as it is really only the top 1cm layer in a tray or pot that needs to be filled with the good stuff. You can part fill with standard compost and top off with the sieved version which is what you will be sowing into. You could also modify this trick for a 'peat reduced' method by part filling trays or pots with peat free compost and topping off with fine peat seed compost, a single bag of peat should therefore go a very long way. 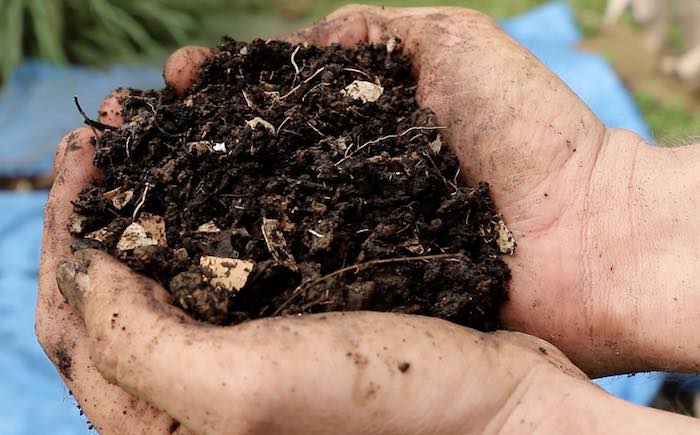 Making your own seed or potting compost Compost with high nutrient levels, particularly nitrogen, can prevent seeds from germinating which is why your home produced garden compost is too rich for sowing seed. You can balance it up by mixing 2 parts garden compost with 3 parts well rotted leafmould (3 year old) and 1 part sharp sand for drainage. Obviously this takes a bit of planning as you need to have the leafmould but if you get the mix right this can be a very good, and virtually free, compost which can rival many of the bought in products. You can use the same mix for potting compost but increase the compost ratio to 50/50 and add perlite for drainage and aeration. If your garden compost is on the acidic side you can add calcified seaweed or ground limestone to balance the pH. Is this all getting confusing? The point, I guess, about homemade compost is every batch will be different depending on the pH and nutrient levels of the material in your compost bin. It can be tricky to get the mix right so if you are new to gardening you might be better off with a a pre-mixed, bagged compost. 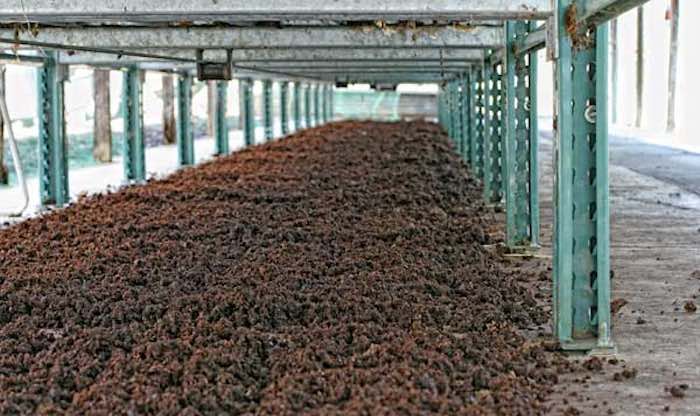 Wormcast I should also mention wormcast or vermicompost (because we sell it...) which is an almost perfectly balanced fertilizer kindly produced for us by worms. You can make vermicompost at home using the fabulous 'Hungry Bin' worm compost system (would you believe we also sell that?) and either use the resulting compost straight or make a seed or potting compost with it. You can use the same recipe as above but replace compost with wormcast. Commercially produced wormcast, at least the product we supply, is produced by feeding brandling worms waste from the vegetable processing industry (predominantly potato peelings). The worms live in peat bedding material so while these composts are low in peat, they do contain a percentage as some of the bedding material finds its way into the mix. The two products we supply are both certified organic from 'Living Green' (manufactured in Donegal). We have a standard wormcast compost and a new vegetable growing compost that uses a mix of wormcast, horse manure and spent mushroom compost to make a high nutrient mix suitable for potting or for container growing.

Vermiculiute and perlite As if this wasn't complicated enough, I now need to introduce vermiculite and perlite! They are relevant as they both help with drainage which can be an issue with any compost but particularly with peat free. Vermiculite (brown) and perlite (white) are commonly added to potting compost for moisture retention and to improve drainage. Vermiculite is an expanded silicate that acts like a sponge while perlite is a crushed, silicon rich volcanic rock containing microscopic bubbles. Vermiculite is better at holding moisture with some improvement in drainage while perlite drains very well and also holds some moisture. You would use one or the other depending on what you are trying to achieve but in general I would use vermiculite when starting off seedlings in trays and perlite when potting up plants to larger pots. 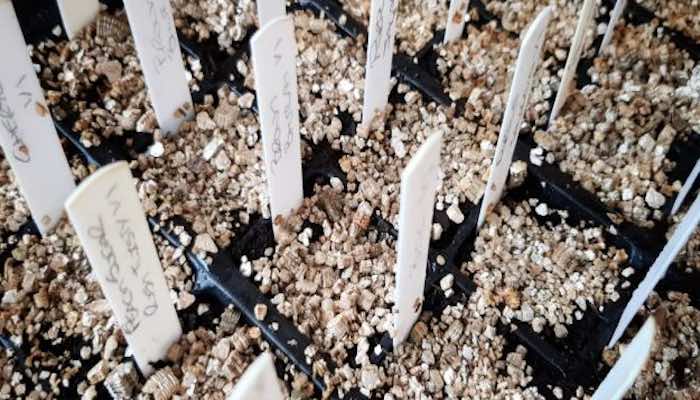 Vermiculite is also used as a covering for slow germinating seeds like chillies. The seeds must be kept moist in the early stages but, as they are slow to germinate, fungus can be a problem and kill the emerging shoots. Using vermiculite helps because it retains moisture while also creating air spaces between the grains which makes fungal growth less likely. Summary What I am saying here is that there are now some very good peat free products on the market but, no matter how good they are, you need to treat them differently from peat. Like many people in horticulture we struggle to break the peat habit because it is such a good growing medium and, until recently, the alternatives weren't that great. We still supply some peat products but expect them to be phased out over the next few years.