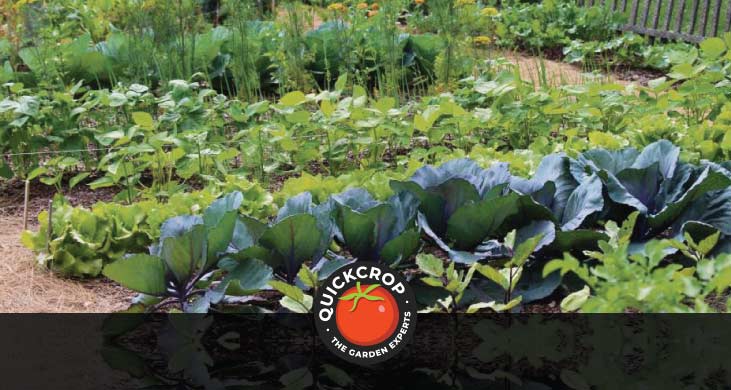 Crop rotation is a system of moving the position of certain crops (or families of crops) around so that they are not being grown in the same soil for successive years. It plays an important role in agriculture, where it can have a positive influence on factors such as soil nutrition, pests and disease, weed pressure and soil erosion. Crop rotation is less important when dealing with the much smaller area of a domestic garden, but many gardeners still like to apply the same principle. By doing so, the aim is to reduce the chances of serious pest or disease problems and to optimise growing conditions.

To practice crop rotation it’s necessary to consider each individual plant as belonging to a grouping or family, and each year as a new rotation. It’s common to use 4 or 5 basic groupings.

A four-year rotation is reasonable enough for most DIY gardeners, so in that case onions, garlic etc can be considered as part of the 'root crops' grouping.

The idea is to follow one crop type with another type that will restore lost nutrients in the soil - or to prepare the soil for the next crop in the rotation. How would this work in practice?

Let’s say that legumes are grown in one section of the garden for the first year, and then brassicas are grown in that same section the following year. Legumes are what’s called a ‘nitrogen-fixer’: they store nitrogen in their roots. The idea is that brassicas, which are known as ‘heavy feeders’, benefit from the nutrient-rich soil left behind. In turn, legumes follow roots in the rotation because legumes prefer a loose soil - which the root crops have helped you break up.

It must be said that there is some debate about how necessary this kind of rotation might be in smaller gardens. It’s certainly a nice way of planning out your garden and ensuring a diversity of crops or avoiding an overly-depleted soil. But in the case of the latter, the use of some suitable soil amendments (eg compost, manures etc) should take care of any such problems anyway. In other words, crop rotation isn’t something you need to be getting too meticulous about - from the perspective of soil health at least. 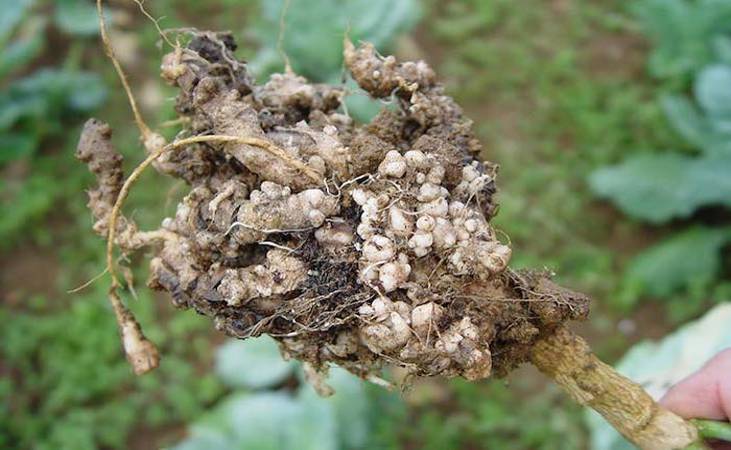 Pests & Diseases
The main reason to rotate crops in the garden is to prevent plant disease from gaining a foothold. Disease organisms can build up in the soil over time, leading to eventual crop failure. This can be more likely to happen if the same crop (or family of crops) tends to be grown in the same area of the garden, year after year. Examples include:

Clubroot - Clubroot is a destructive disease that affects the brassica family of plants. It works by attacking the roots, leading to undeveloped heads or stunted growth. Clubroot spores can survive in soil and plant debris for 10-15 years. Crop rotation won’t completely eliminate spores but it can reduce their overall presence.

Onion White Rot - White rot is a fungal disease that affects members of the allium family, such as garlic, leeks and of course onions. The signs of white rot are yellow and wilted plants. The disease works by first attacking the root, but the bulb will also decay in time. Spring onions and overwintering onions are particularly vulnerable. The spores can remain in the soil for a very long time - even between 10-20 years. Once white rot becomes established it can be very difficult to deal with. Crop rotation - with a break of 3-4 years - can help prevent white rot in cases where the soil may be lightly infected.

Another area where crop rotation may be effective in the domestic garden is that of pest control. Although again, there are some caveats here. Crop rotation has the potential to reduce the presence of soil-based pests in your garden, but it won’t be as effective for airborne pests. Particularly in small gardens, insects of this kind can simply make their way to wherever their preferred source happens to be. Soil-based pests, on the other hand, tend to overwinter in the soil. Planting a non-susceptible crop in the same area will effectively starve them of their longed-for food source. Thus, crop rotation can be a way of avoiding problems with pests such as wireworms or potato cyst nematodes.