We build a relationship with tomatoes unlike almost any other plant in our vegetable garden as they need such constant and varying care. We start off seeds when it is too cold for them to survive on their own; we nurture young plants, trying to maintain the correct balance between heat and light until they are ready to plant out. Once planted, we must encourage them skyward on canes or twine while checking their unruly habits by pinching out opportunistic side shoots. When they began to flower we fed them while checking their leaves for blight or nutrient deficiencies and making sure they receive and even supply of water. They are one of the most demanding plants that we grow. 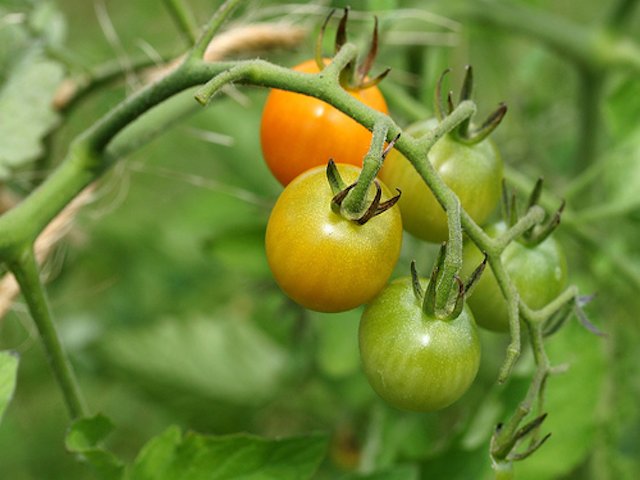 They are, however, one of the great joys of summer. No other harvest is so eagerly anticipated than the first truss of tomatoes with their perfect balance between sweetness and acidity. As we know homegrown fruit and vegetables always win on flavour but the tomato must be crop where the difference is most apparent. Now that we have entered the home straight I have assembled a few quick tips to help your tomatoes to ripen and to get the best flavour from this fabulous fruit. Stopping the vines The fewer trusses (the clusters of fruit) on a tomato plant, the earlier they will ripen. Obviously we also want to get as much fruit as we can but it is generally accepted than once 4 or 5 trusses have formed it is best to prevent the plants from producing any more. The reason for this is we need the plant to put it's energy into ripening fruit rather than new growth before we run out of summer and light levels fall. 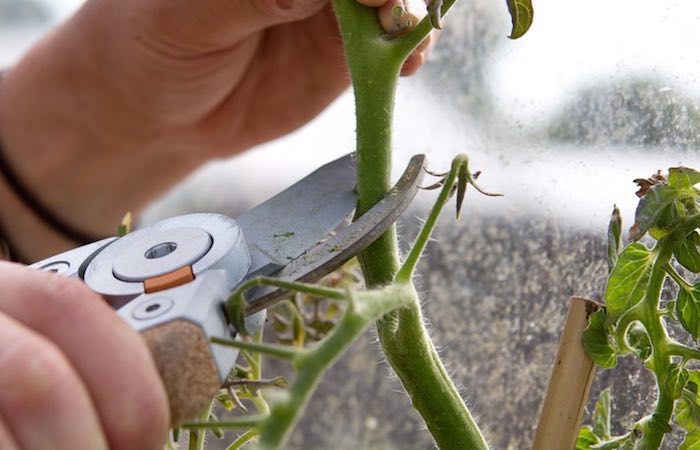 'Stopping' involves removing the main growing tip by cutting off the top of the plant a couple of leaves above the highest truss you want to keep. Your tomato plant will respond to this injustice by trying to produce more side shoots so you will need to be extra vigilant in removing them once you have removed the top. If you live in a cold, Northern area you may be better to stop plants once 3 trusses have formed especially in poor summers. N.B. The above applies to outdoor tomatoes, for those grown in a greenhouse or polytunnel stop at 7 or 8 trusses (if you have the height) for southern gardens and 4 or 5 for areas with a shorter season. 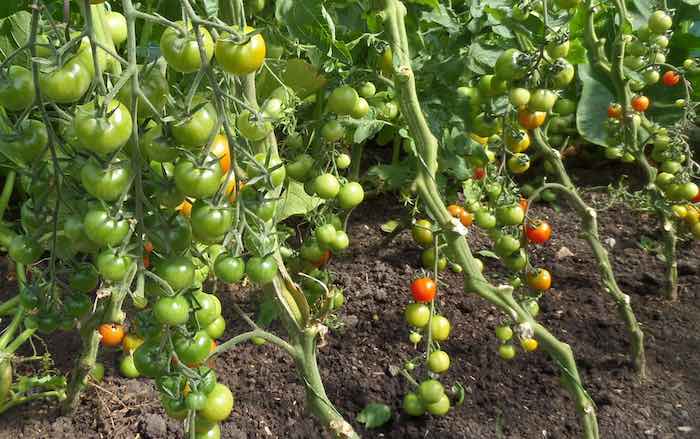 Removing the lower leaves The lower fruit on your tomato plant will be the first to ripen; once it has been picked energy will be diverted to the other trusses so it makes sense to speed things along. Leaves that are shading the lower trusses are best removed to allow light in to the ripening fruits. The leaves can be removed right back to the main stem which will also improve air flow and help control disease. Remember the plant still needs to produce sugars so only remove about a third of the total number of leaves on the plant. By the way, the same applies to pumpkins or squash, shading leaves can also be removed at this time of year to facilitate the ripening process. 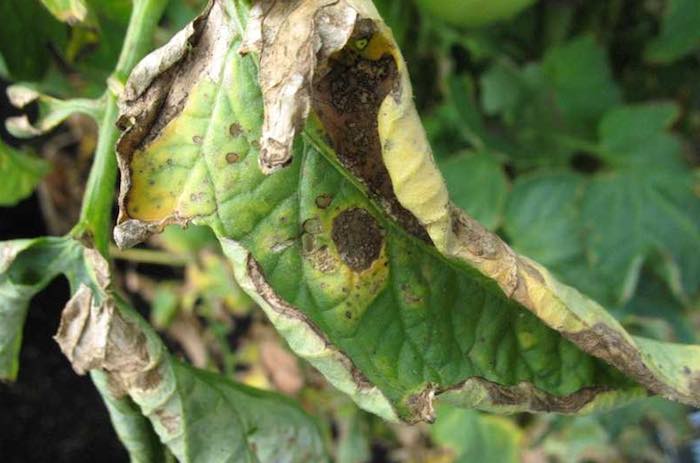 Tomato Blight As all you geniuses already know, tomatoes and potatoes are from the same family so it follows that they both suffer from blight. As blight spreads in moist air and in water droplets on the plant leaves it does not tend to be as much of a problem in a polytunnel because the leaves are out of the rain. A drip irrigation system is particularly good as moisture is delivered direct to the roots while the leaves remain dry. If you notice the characteristic dark brown blotches on tomato leaves remove them and dispose of well away from the plants. If the case is not too severe you may be able to control blight for long enough to harvest a crop of tomatoes, avoid watering the leaves to make conditions as difficult as possible for the fungus. 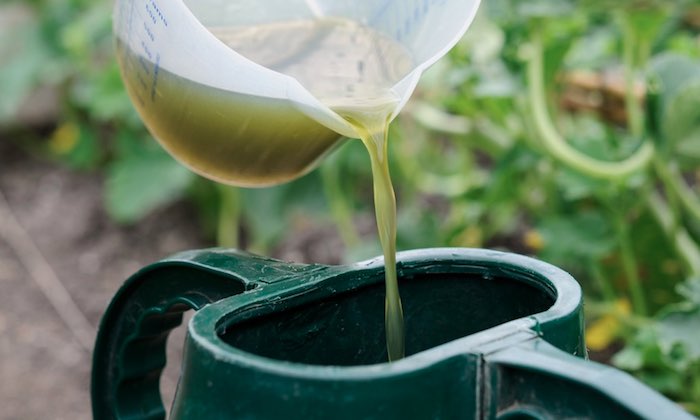 Feeding and Watering Unless you have very rich soil tomatoes will need to be fed every 2 weeks with a high potash feed like comfrey tonic or a seaweed based fertilizer formulated for tomatoes. Try not to over feed as not only is it wasteful but it may affect the flavour of your tomatoes. Flavour seems to be best when feed and water are just sufficient even though the overall yield may be slightly lower. I like to use the seaweed products on tomatoes as they add minerals which are closely linked to flavour. When fruits are ripening resist the urge to water more frequently as this will cause the tomatoes to split as the skins won't be able to grow fast enough to clothe the rapidly expanding flesh. If anything you should cut back on watering a little as this will help intensify the flavour of the fruit.